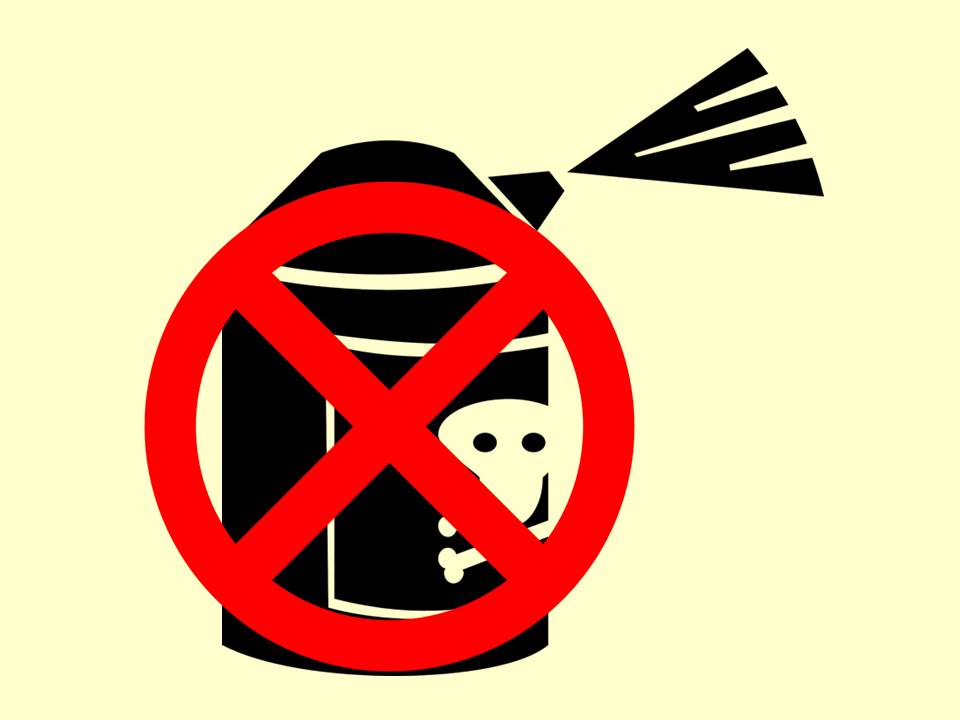 Meanwhile, Switzerland has been accused of exporting banned pesticides to developing countries (https://bbc.in/2ITNEVm). Syngenta, the world’s leading producer of pesticides, is headquartered in Switzerland. Syngenta produces paraquat and atrazine which are herbicides known to have high toxicity to humans and the environment. Paraquat is linked to several chronic illnesses such as Parkinson’s disease, while atrazine is an endocrine disrupter that affects the reproductive system and increases the risk of cancer. The two herbicides have been banned for use in Europe by the European Union and by the Basel Convention which specifically bans movement of hazardous materials from developed to less developed nations.

All the while, crop protection chemicals are being promoted as vital agricultural inputs in Africa yet the hazards of pesticide use do not feature high on the priority list for Africa. If the citizens of a nation that hosts the world’s leading pesticide producer (Syngenta) are pushing for a total ban on synthetic pesticide use, is it not in Africa’s best interest to take heed?

At Supesta (http://www.supesta.com), our number one concern is the minimized push for the safe use of pesticides in Africa. As pesticide use escalates in Africa, we provide a service to those who see safe pesticide use as a growing need that has the potential to improve agricultural production goals or become a danger to humans and the environment. 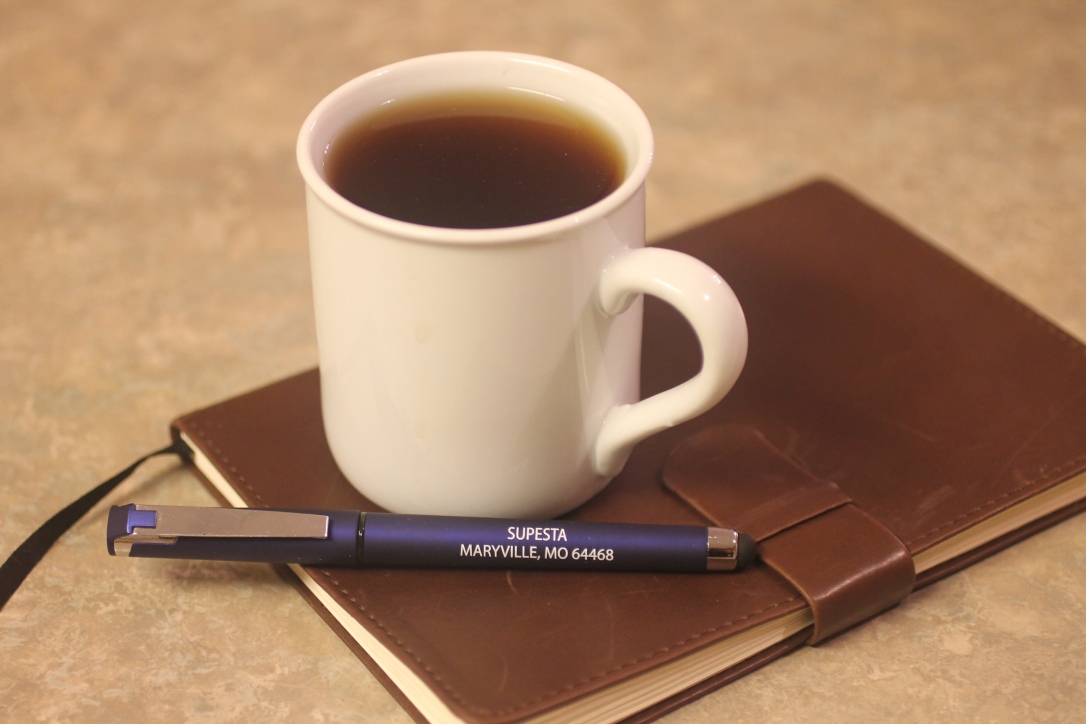 Coffee is one of the most widely consumed beverages worldwide. In fact in the US, 54% of people over the age of 18 drink coffee (https://bit.ly/2f4jhf7). For many people, the day begins with a cup of their favorite coffee drink. Then there are the ‘coffee breaks’ during the day that are seen as part of the American culture. Simply put, drinking coffee is a large part of the American lifestyle.

Coffee owes its origins to Ethiopia which, to date, produces some of the best coffee available in the global market. Coffee is a tropical crop and has to be imported into the United States. Under tropical conditions, coffee growers are faced with numerous challenges including the management of pests. Today, the challenge from pest infestations is confronted mostly with pesticides; and therein lies the problem.

Pest management in coffee can be extremely challenging for smallholder farmers who produce most of the coffee in developing countries like Ethiopia. Pesticides are seen as the ‘silver bullet’ solution to pest management, but because they are often not well-regulated in many tropical countries, the likelihood of producing crops with pesticide residue is a concern. Sometimes pesticides that have been banned in the US are used for pest management in coffee elsewhere in the world. The banned pesticides can make their way back to the US as residue in imported food since the US Food and Drug Administration (FDA) inspects less than 5% of imported produce (https://bit.ly/2BPIZTC). And so I ask again, is your coffee pesticide-free?

At SUPESTA (http://www.supesta.com), we believe that pesticide use in Africa must be confronted with urgent determination to increase pesticide knowledge among smallholder farmers. Lacking knowledge of the hazards of pesticide use, many smallholder coffee farmers will do everything they can to produce a crop that can fetch the highest premium. Educating these farmers about how pesticides can be a danger to them, their environment, and others is a critical and vital first step. 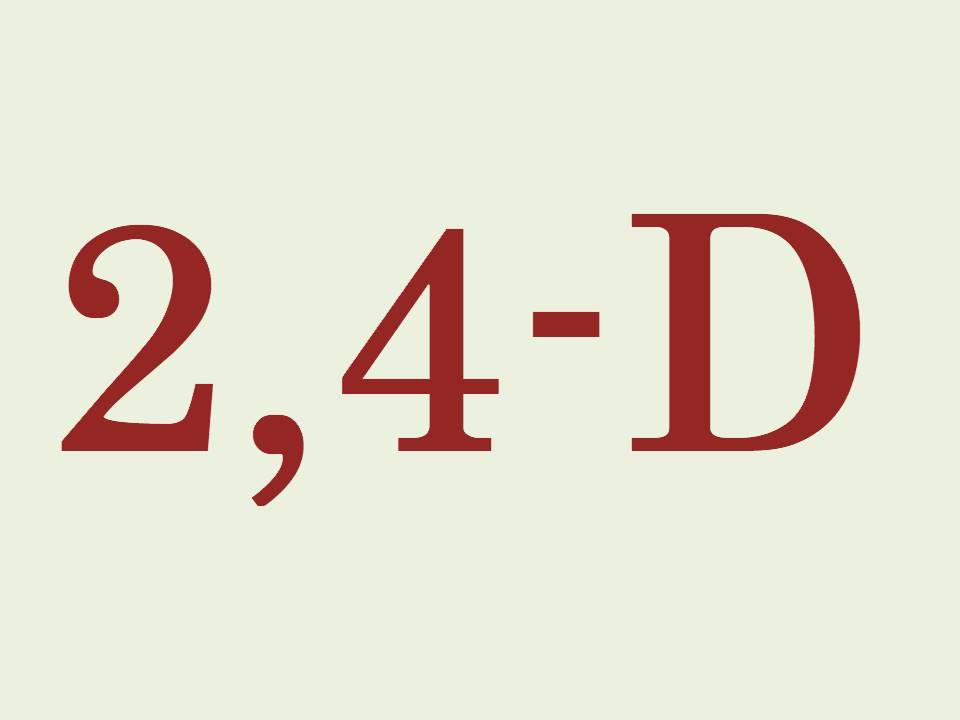 I was recently in southern Ethiopia conducting an evaluation of pesticide use in USAID-funded Farmer to Farmer programs managed by the Catholic Relief Services. As part of the evaluation, I was tasked with familiarizing myself with the list of pesticides approved for use in Ethiopia. One pesticide stood out; 2,4-D.

To many people, 2,4-D is just a herbicide that performs wonders against unwanted dicotyledonous plants that are an eyesore on otherwise plush lawns. The compound is known as 2,4-dichlorophenoxy acetic acid. Originally developed during World War II for the purpose of increasing crop yield by suppressing weeds, 2,4-D was later introduced commercially in 1946 and soon became the most widely used herbicide globally. In fact, 2,4-D was the first ‘selective’ herbicide that eliminated dicotyledonous plants such as dandelions and pigweeds without harming monocotyledonous crops, such as maize, wheat, rice, barley, and teff. When 2,4-D is applied on a susceptible plant, it causes the plant to grow uncontrollably which results in the destruction of vital plant tissues leading to death. The effect of 2,4-D on a plant is considered to be like a cancer.

Having the distinction of being the first commercially available herbicide, 2,4-D is still widely used in agriculture as well as home and garden sectors. In the US, 2,4-D-tolerant crops have been introduced due to the belief that glyphosate-tolerant crops are reaching the end of their life cycle due to the proliferation and abundance of glyphosate-resistant weeds. With increased use of 2,4-D expected, the likelihood of more 2,4-D-resistant weed species developing may lead to the possibility of this herbicide having a similar fate as glyphosate and become obsolete in future. 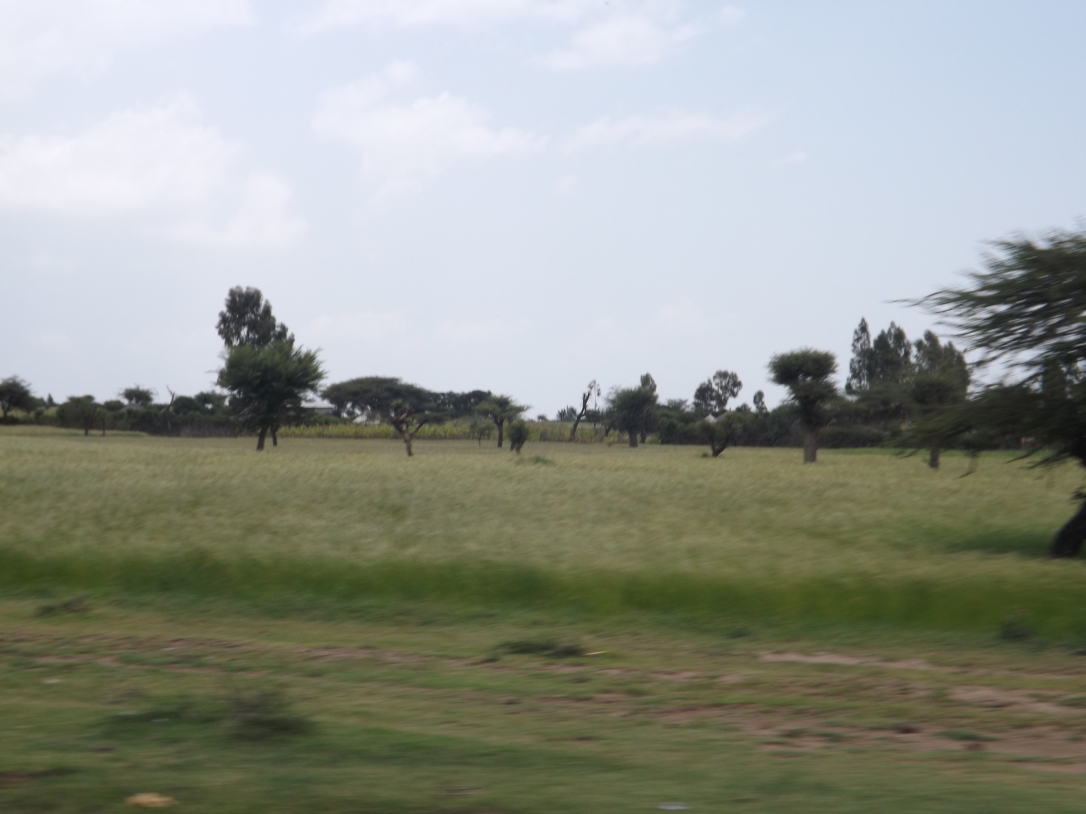 Field of teff  in southern Ethiopia.

In southern Ethiopia, farmers have become highly dependent on 2,4-D to keep their cereal crops free of dicotyledonous weeds. The level of exposure to 2,4-D is presumably high but the impacts on human and environmental health are unknown since no follow-ups are made after the herbicide has been sold. Nonetheless, the following observations were made during my evaluation:

Of most importance, however, was the fact that most Ethiopian farmers tended NOT to use personal protective equipment (PPE) when they applied 2,4-D because they felt that the herbicide was ‘safe’ and PPE was unnecessary. But is it?

At this point you may be wondering if there are known chronic effects of 2,4-D. Researchers have observed apparent links between 2,4-D exposure and non-Hodgkin’s lymphoma (a blood cancer) and sarcoma (a soft-tissue cancer) (Ibrahim et al., 1991). The link is not very strong and requires further study. However, in 2015, the International Agency for Research on Cancer declared 2,4-D a possible human carcinogen based on evidence that it damages human cells and causes cancer in laboratory animals in a number of studies (http://www.iarc.fr/en/media-centre/pr/2015/pdfs/pr236_E.pdf).

There is no question that the current usage of 2,4-D in Ethiopia and elsewhere in Africa raises concern. Whenever 2,4-D is sprayed there is a high likelihood that the herbicide spray will drift, partly because the chemical is volatile, and affect unintended targets. The first line of defense is to increase the pesticide knowledge in communities where 2,4-D is used widely. Then, at minimum, adequate access to and availability of PPE must be ensured. 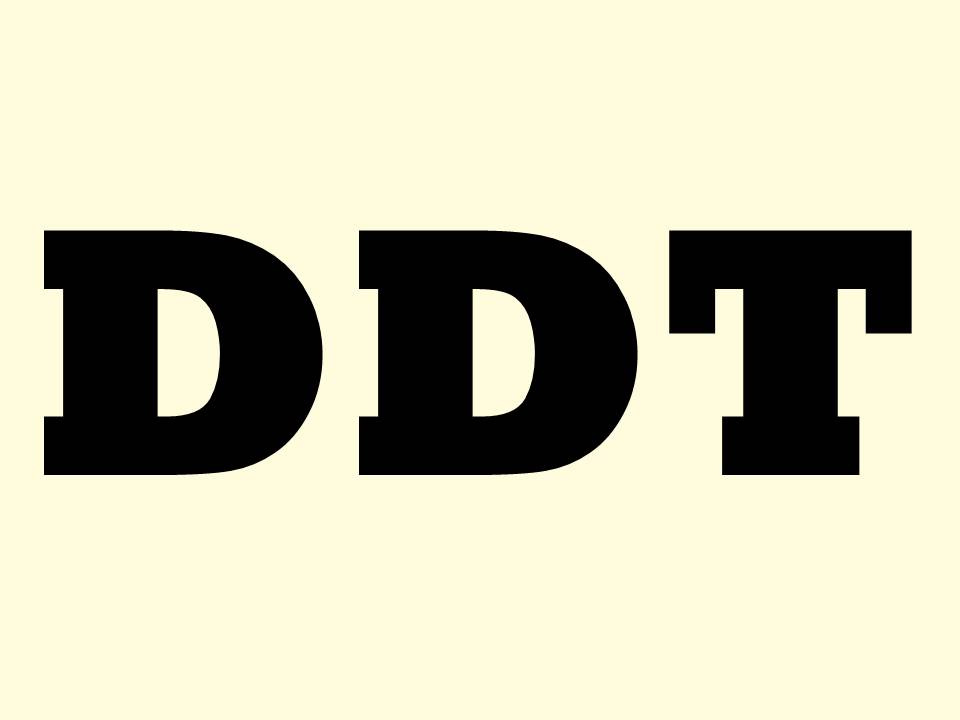 One pesticide that most people can name is DDT. In fact, DDT is so common to the point that it often features in crossword puzzles in newspapers and magazines with clues like ‘banned insecticide’ or ‘banned pesticide’. So, it is probably safe to assume that many people know that DDT is banned. However, would they know why DDT was banned or whether it is still being used today despite its banning?

Dichloro-diphenyl-trichloroethane (DDT) is an organochlorine insecticide that was first synthesized in 1874 and later became widely used for insect control in the 1940s. DDT became a popular insecticide in the United States and was used widely in agriculture and generally around people. In 1962, Rachel Carson wrote a book titled ‘Silver Spring’ that brought to light the devastating effect that DDT had on the environment. One of the detrimental effects pointed out by Carson was how DDT contamination was responsible for the near-extinction of the bald eagle, the national symbol of the United States of America. Thereafter, the United States Environmental Protection Agency (USEPA) was established in 1970 and DDT was banned in 1972.

DDT was one of the most widely used pesticides following World War II and was promoted as having insect-killing powers that would make homes healthier and comfortable. At the same time, evidence was mounting on how DDT could persist in the environment and bioaccumulate as it moved up the food chain. Bioaccumulation occurs when an organism absorbs a substance, such as a chemical or pesticide, at a faster rate than it can metabolize or excrete it. The substance can then become highly concentrated in an organism and cause problems.

Thus, because of DDT bioaccumulation, the compound became particularly deleterious to birds by making the shells of fertilized eggs so brittle that they cracked under their parents’ weight. The most threatened birds included peregrine falcons, ospreys, brown pelicans, and bald eagles, all of which were brought to the brink of extinction.

By the time DDT was banned in the US it had already contaminated nearly everything that Americans ate. Several years thereafter, DDT and its carcinogenic metabolite dichloro-diphenydichloro-ethylene (DDE), were still being detected in US food.

The story of DDT does not end with its banning by the USEPA. Elsewhere it is still in use in countries that continuously battle malaria until suitable alternatives for the control of mosquitoes can be found. How those countries are being affected by the continued use of DDT is largely unknown because there seemingly are no ‘Rachel Carsons’ to study the effects on the environment so as to alert society. I doubt that many know the reasons why DDT was banned in the first place and use it because it is moderately toxic and relatively safe when handled.

When growing up in Kenya, I applied DDT by hand to control corn borers without using personal protective equipment. It never even crossed my mind that there was any problem with the chemical and it is only later when I had the opportunity to study pest management that I learned the reality. I wonder how many Africans are even remotely aware of the dangers posed by the continuous use of DDT?

So far in my blogposts I have talked about pesticides as one entity. However, to get to the heart of why pesticides deserve more attention than what they currently receive, one must delve deep and look at aspects of individual pesticides to understand why they are good and also in what circumstances they can become bad, or even ugly.

This month, February 2018, is the inaugural annual National Pesticide Safety and Education month. Under the sponsorship of the National Science Foundation Center for Integrated Pest Management, this initiative is dedicated to reinforcing core principals of safe pesticide use across the United States to raise awareness of the potential hazards of pesticides and to support Pesticide Safety Education Programs (PSEPs) conducted by land-grant universities. In addition to pesticide stewardship efforts by all stakeholders, PSEPs are important because they help keep users informed by staying current with changes in pests and pesticides. Clearly, Africa must create similar PSEPs as pesticide use escalates and knowledge lags behind.

A farmer spraying herbicide on his crop. Only a portion gets to the intended target with the remainder reaches where not intended and can cause serious harm.  Picture courtesy of Pixaby.com.

Many an African farmer makes the decision to use a pesticide because he/she believes that only good things happen when you use a pesticide. That is not an informed choice and one that is likely to lead to bad or ugly things happening. So, as a service to Africans, let’s begin to talk about selected pesticides which are commonly used and why they are good, bad, and sometimes ugly.

This is a text widget, which allows you to add text or HTML to your sidebar. You can use them to display text, links, images, HTML, or a combination of these. Edit them in the Widget section of the Customizer.